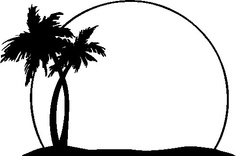 The Bible, has good examples of handmaidens who served the Lord.

The best example is when the angel Gabriel appeared to Mary to tell her what was about to happen with  her.

Luke 1:38 And Mary said, Behold the handmaid of the Lord; be it unto me according to thy word. And the angel departed from her. 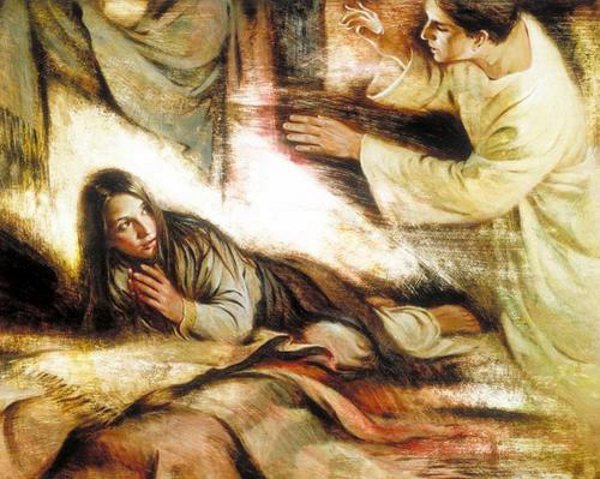 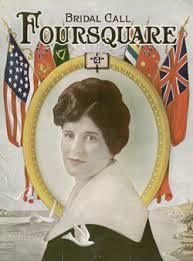 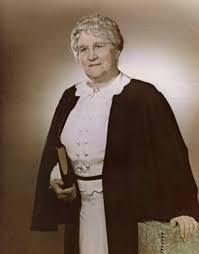 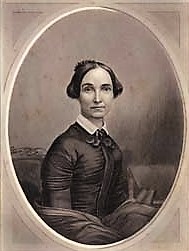 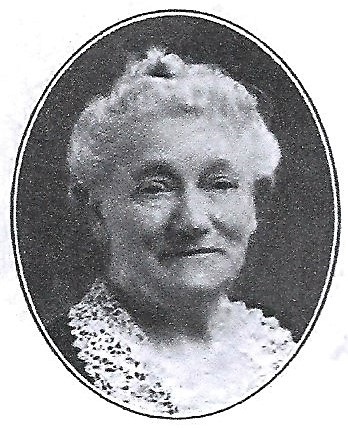 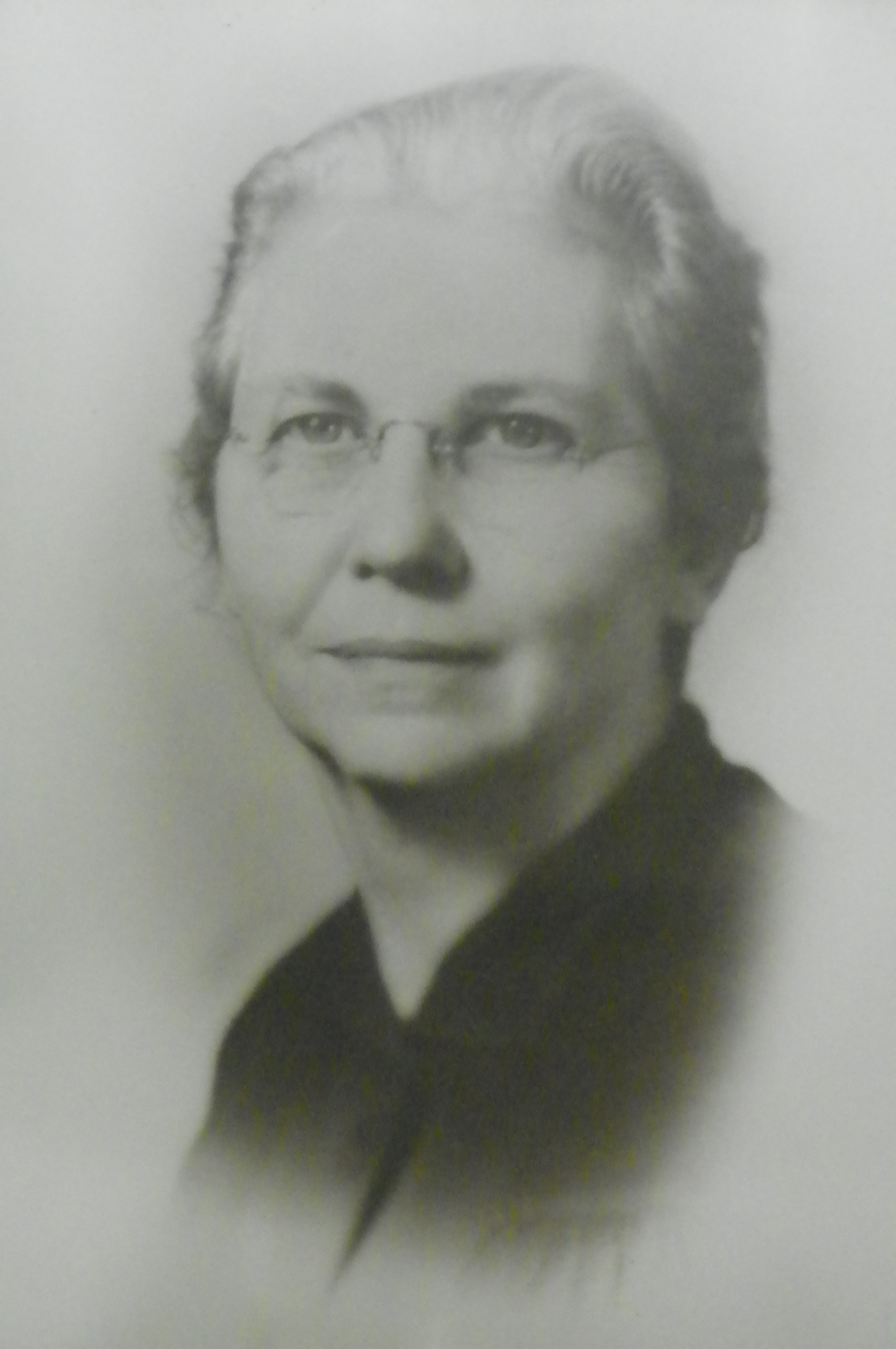 These handmaidens were sent to different regions of the U.S.A. Can you guess what they had in common with one another?
Mary Craig
San Francisco, CA, 1918 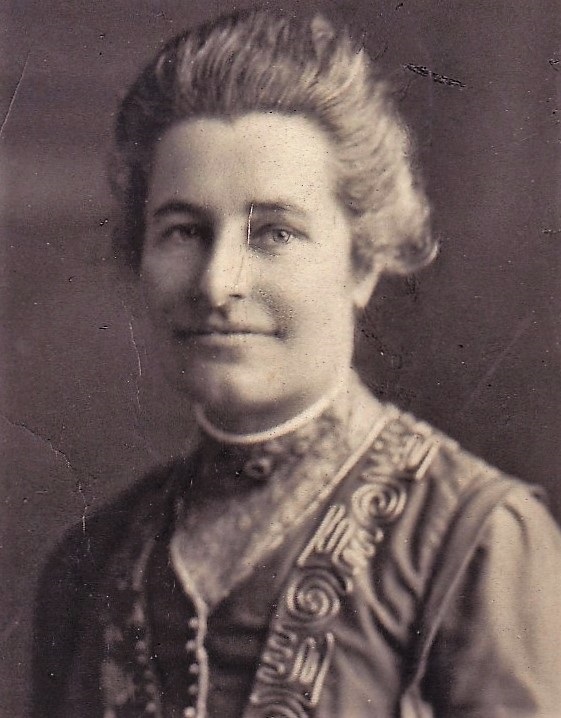 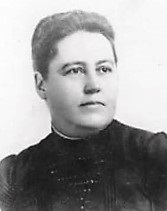 Alta M. Washburn
(1891-1960)
Phoenix, AZ
A couple of these handmaidens began their Bible Schools with their husbands but when he died they continued to run the school.
The answer is that they all STARTED A BIBLE COLLEGE, among other ministries, and several started them between 1922-1924. 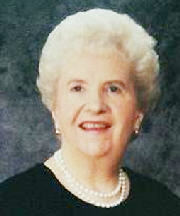 Freda Lindsay
(1914 - 2010)
Dallas, TX, 1970
Mary Craig founded the the Glad Tidings Bible Training Institute in May of 1918 in San Francisco, Ca, (later renamed Bethany University), with only two students, and one of them was drunk.The classes became popular, and by October attendance grew to 85. Attendance grew to 100 by Christmas, and in the fall of 1919 day classes were added.
According to the Merriam-Webster Dictionary, to "found" a school is to "take the first steps in building" and "to establish (as an institution) often with provision for for future maintenance."
At the first graduation in 1921, Mary gave each graduate a Scripture that seemed relevant for that individual. This tradition was followed at subsequent graduations into the 1950's.
In the 1936 yearbook, Mary Craig is listed as the founder, and her husband, Rev. R. J. Craig is listed as principal, even though others had wrongly credited Rev. Craig as the founder of the school.
Glad Tidings Publication.
Glad Tidings, is the original and official paper of the "Glad Tidings Tabernacle and Bible Training School.
Taken from, An Under-Sung Heroine: Mary Craig, Founder of Bethany University, by Abraham Ruelas. 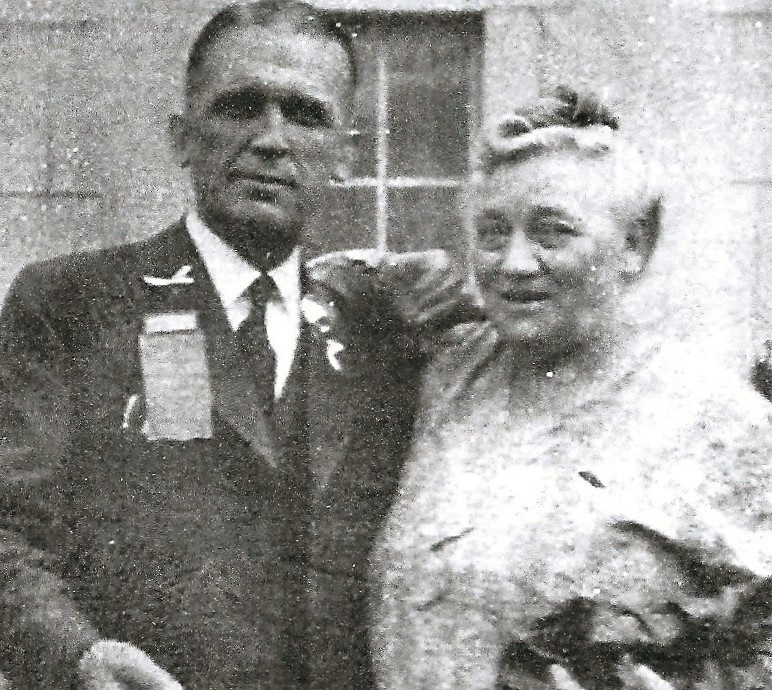 Rev. Christine Gibson, a missionary in South America came to the United States for health reasons.  She was led of the Holy Spirit to East Providence, R.I., where she founded Zion Bible Institute in 1924.  She envisioned a school to train pastors, missionaries and evangelists who would reach America and the world. Zion started as a very small school, but this past semester they had 457 students, including 85 international students from 35 countries. The school was turned over to the Assemblies of God in 1998 by Rev. Crandall, the 4th President of the school
The building to the left is the main sanctuary for the school, which was the center of the Zion campus. The Zionian was the year book of the Zion Bible Institute.
The name of Zion's very first Bible school was "Mt. Zion Missionary Training School." It was established because both Brother and Sister Gibson saw the need to train young people to go to the mission field. 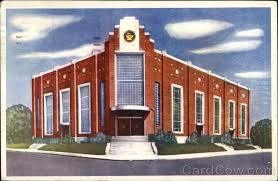 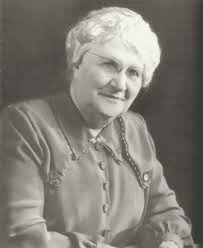 Aimee Semple McPherson. The year 1922 brought her inspiration for "The Foursquare Gospel" in the midst of a sermon on Ezek. 1:4-10, which she preached in Oakland, CA. Jesus Christ was preached henceforth as Savior, Baptizer in the Holy Spirit, Healer, and Coming King. She preached her first radio sermon that same year and in 1924 opened radio station KFSG in Los Angeles, which is still operated at the ICFG. She was the first woman to receive an FCC license to operate a radio station. She envisioned sending out other evangelists, but she saw the need for training, and in 1923 she established the Lighthouse for International Foursquare Evangelism (L.I.F.E.) Bible College. The early 1920s saw her investing in foreign missions as well. 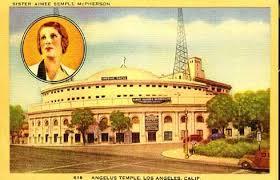 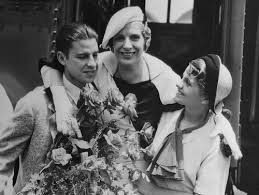 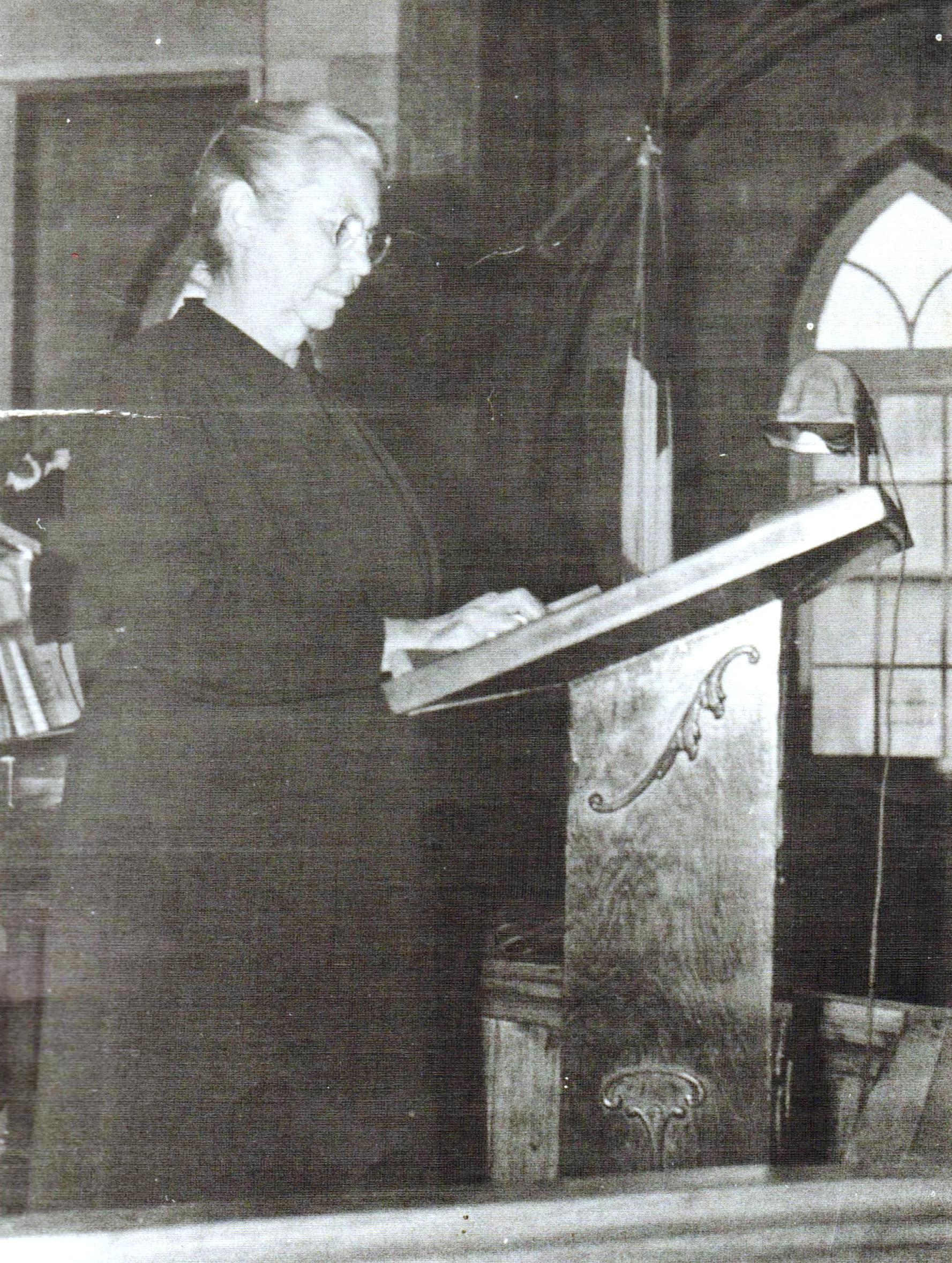 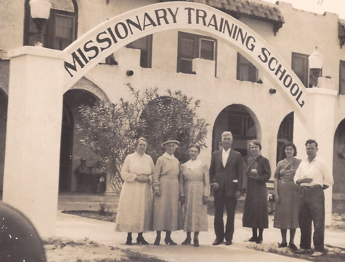 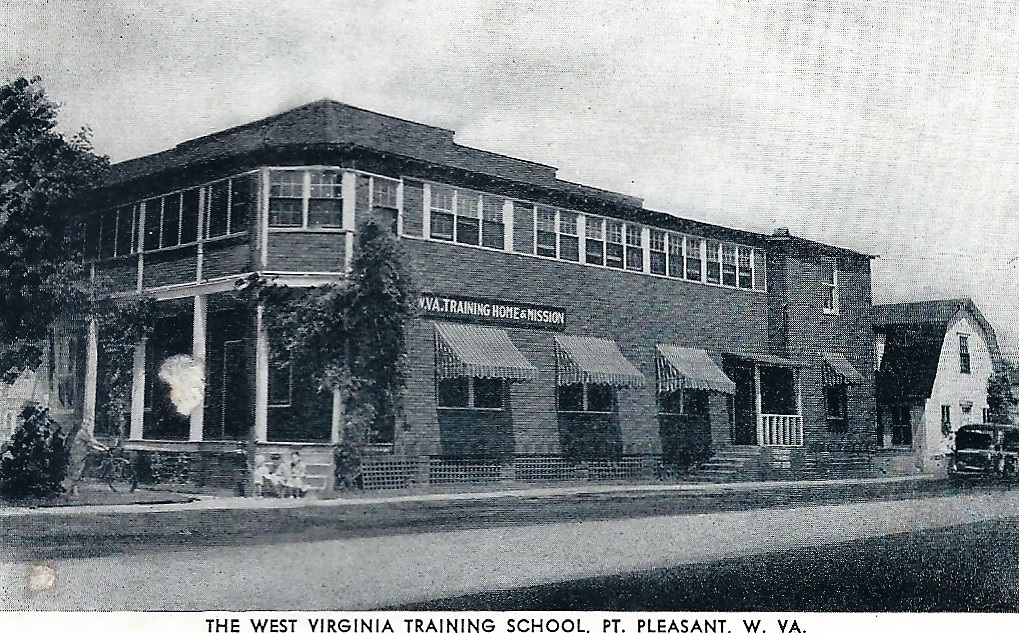 Bishop Osie England, founded the West Virginia Training School in Pt. Pleasant, WV, on 4/30/1923.
She founded ICBC, Intercession City Biblical College in Florida and it officially opened in the fall of 1939.
She also founded Fellowship Front Bible School in Sanford, FL, in 1948.
These schools were for the training of Evangelists, Pastors and Missionaries.
Below is the 1946 La Palmera year book and page 1 of the Dec. Defender magazine, 1942. 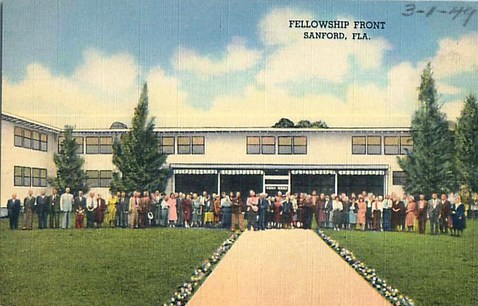 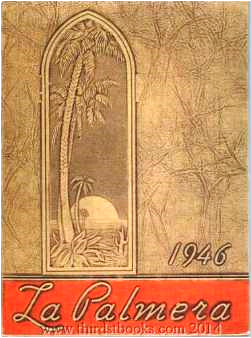 Some of the other ministries that Miss England established. 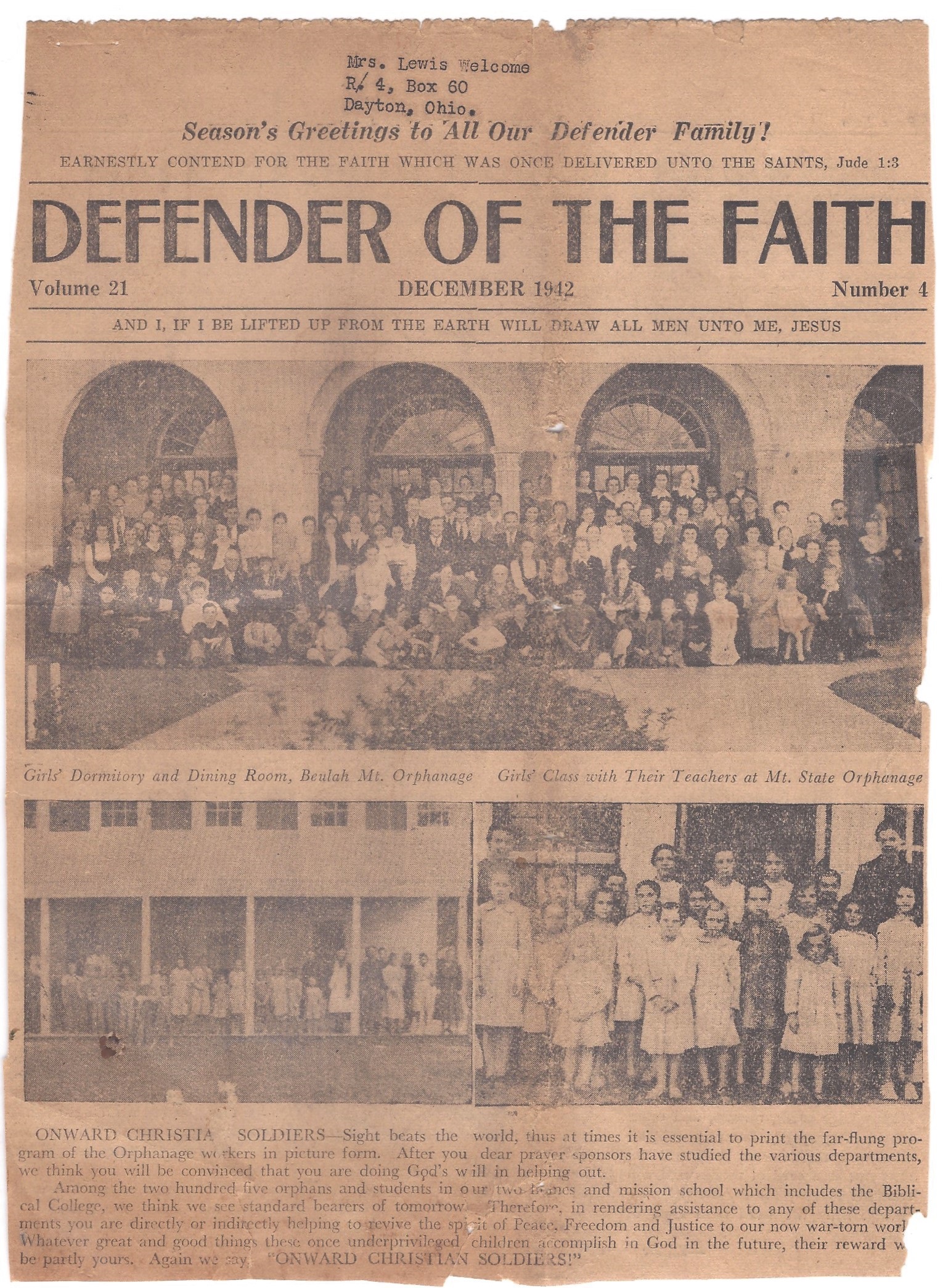 Alice Luce was a woman with a God size vision who founded LABI, Latin American Bible Institute in 1926.
She was a missionary in India until she fell ill with the Jungle Fever in 1912, and moved on do missionary work in Canada.
She felt a call to minister to the Hispanic community and went to TX to minister and then began outreach to Tijuana, Mexico, but was forced to move back to the United States because of the Mexican war.
On October 1, 1926, she founded LABI college in San Diego, CA. There she was a Bible school teacher and published several books and lessons, both in English and Spanish.
The video to the right tells it all.

Eliza Clark Garrett was born in Newburgh, New York. She married Augustus Garrett in 1825. The couple’s two children, a son and a daughter, both died at a young age. After living in Cincinnati, Ohio, and New Orleans and Natchitoches, Louisiana, the couple settled in Chicago in 1834. Mr. and Mrs. Garrett were baptized at the Clark Street Methodist Episcopal Church in 1839. Mr. Garrett served as mayor of Chicago from 1843 to 1844 and again from 1845 to 1846. When her husband died in 1848, Mrs. Garrett received half of his estate, a portion of which she used to help found the Garrett Biblical Institute in Evanston, Illinois, for the training of Methodist ministers. Opened in 1855, shortly after Eliza Garrett’s death, the institution exists today as the Garrett-Evangelical Theological Seminary.
Photo right: 1923 Photo of Garrett Biblical Intstitue, Administration building and Chapel. 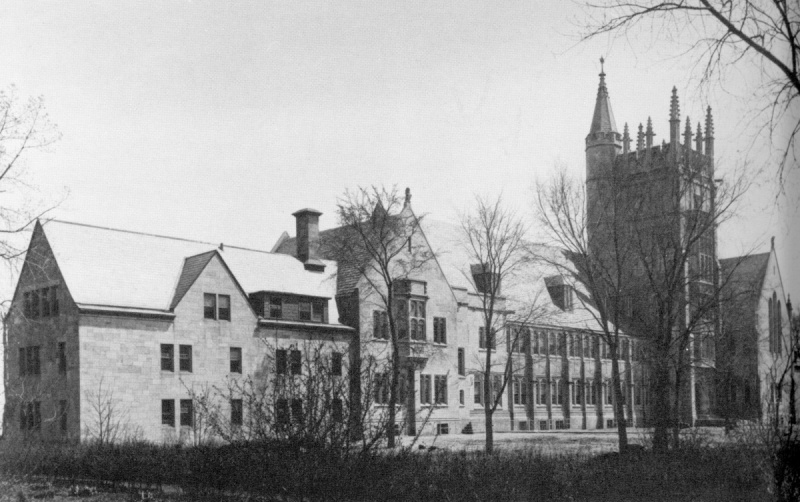 The life and ministry of Elizabeth Baker made a significant contribution to the birth of the classical Pentecostal Movement. She was the eldest daughter of the Rev. James and Mary Duncan family. She gave leadership to, and working with her sisters, Susan A. Duncan, Hattie M. Duncan, Mary E. Work, and Nellie A. Fell, founded several ministries in Rochester, New York at the turn of the century. They first (1895) opened the Elim Mission and the Elim Faith Home in the city of Rochester. In 1902 they began Elim Publishing House and the Trust magazine, which was a free monthly journal, typically sixteen pages long, which featured their teaching, news of their ministries, and communication of like-minded Pentecostal events. By 1906 they inaugurated theRochester Bible Training School to equip Pentecostal pastors and missionaries, and they established a church, Elim Tabernacle. They were influenced by the news of the Pentecostal outpourings in Wales (1905) and of the Azusa Revival (1906), and experienced the same in 1907. After the death of E. V. Baker (January 18, 1915), her sisters continued the Bible school (closing in 1923), hosted Pentecostal conferences (waning by 1930), and served as a centering point for their students who became foreign missionaries, until their retirement in the early 1930s.

Photo to left is Elizabeth Baker and 2 of her sisters, the Duncan Sisters. 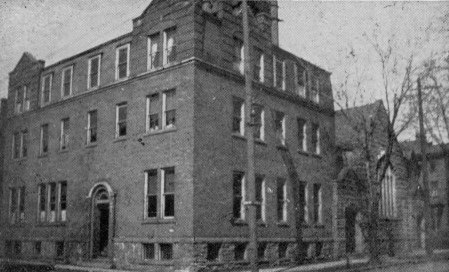 This vision has NEVER DIED....it still is in the training business....not just to train pastors, but to train men and women to take the Gospel to wherever God calls. Remember, Zion's motto has been,"Zion, the joy of the whole earth," and that was because they have brought the Gospel around the world. 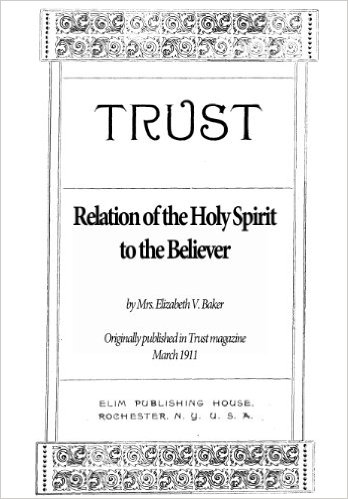 This article by Elizabeth V. Baker was originally published in the October 1910 issue of Trust magazine, an early Pentecostal publication edited and produced by Elim Publishing House, which was owned by Mrs. Baker and her four sisters.

Read this issue and others for $.99 at Amazon.com