Rev. Maddy was an associate of Bishop Osie England--he probably was one of the teachers in the school. He wrote a sketch of Ms. England's early life and co-authored the Discipline of the Household​​ of Faith with Bishop Osie.

Below is​​ his grave marker from Find A Grave.Further research shows his death date was 24 September 1953, location was Winter Haven,FL and he was addressed in the obit as "Rev. Clarence Allison Maddy", with the inscription "Defender of the Faith", in Daytona Memorial Park, Volusia Co. FL. 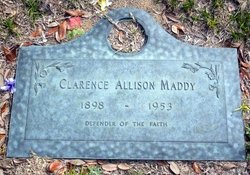 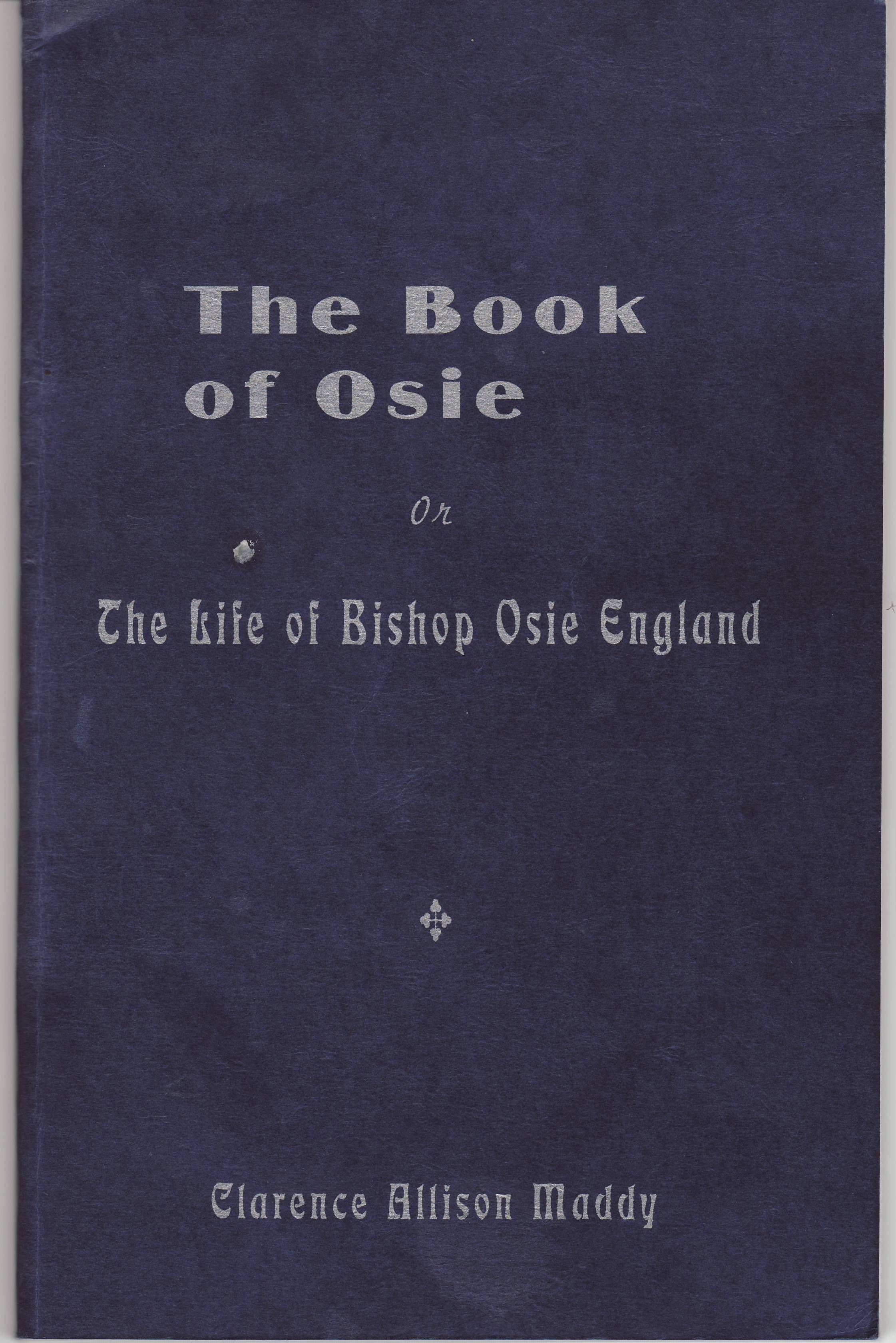 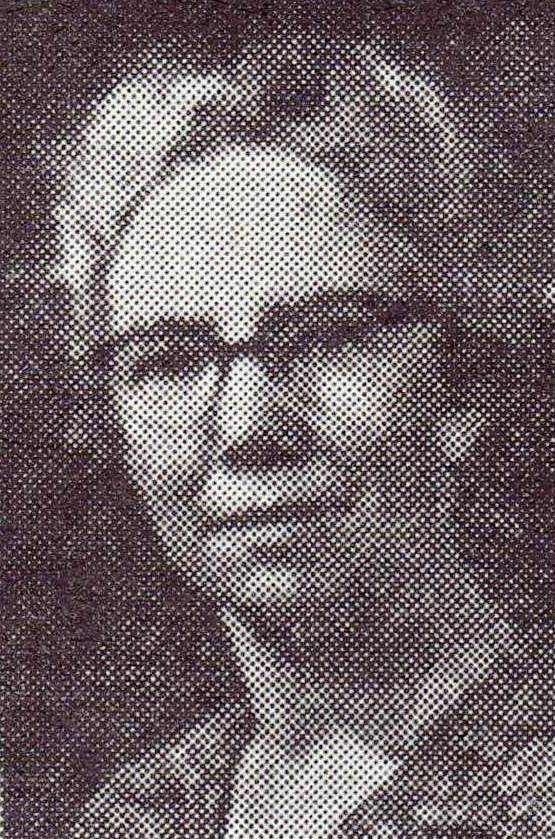 Miss Ruth Dixon was Principal of the school when Miss Osie labored at Intercession City and later when the school moved to Fellowship Front, Sanford. When the government took over the property there, she came with the school to Ormond Beach. She is a willing dependent servant of the Lord. She is now Mrs. Clarence Allison Maddy, wife of the writer of Miss Osie's book. Mr. Maddy died in 1953, one year after he married Miss Dixon. 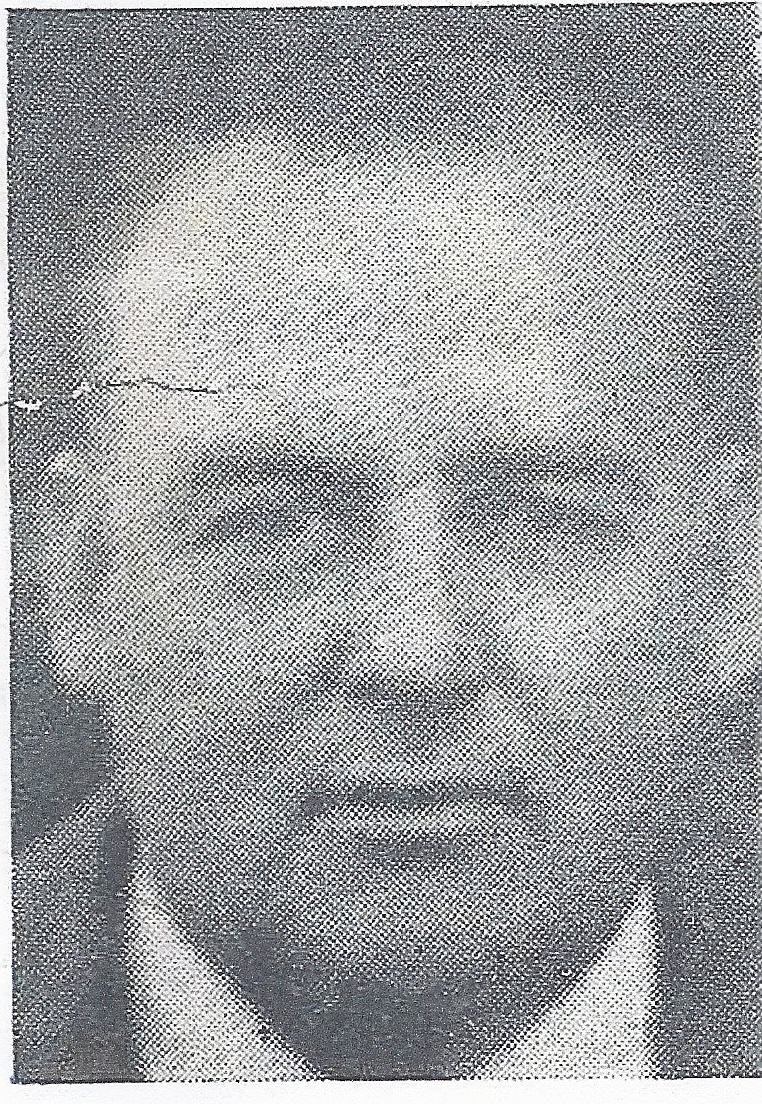 The buildings on the center and right are some of the FBCH, Florida Baptist Children Home buildings at 206 W. Winifred St. Arcadia, FL. Mr. Maddy bought the entire complex and possibly intended to start a Bible School at this location. 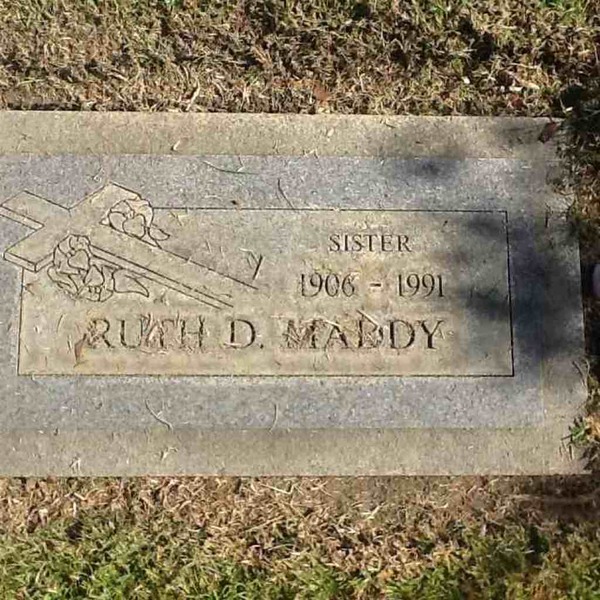 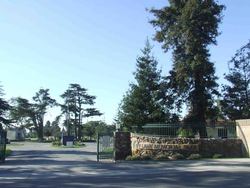 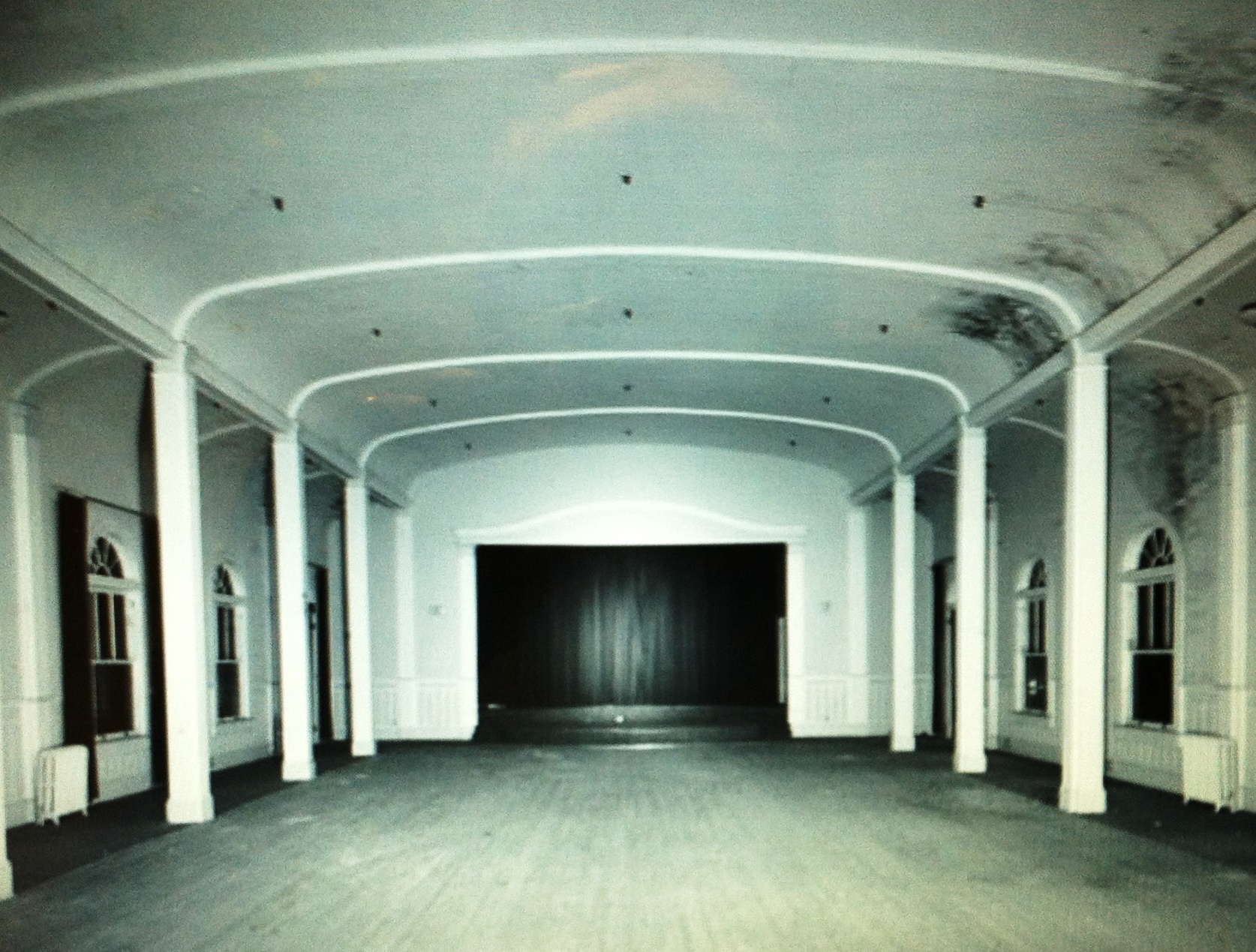 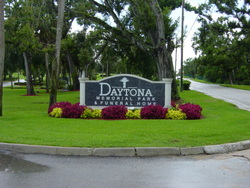 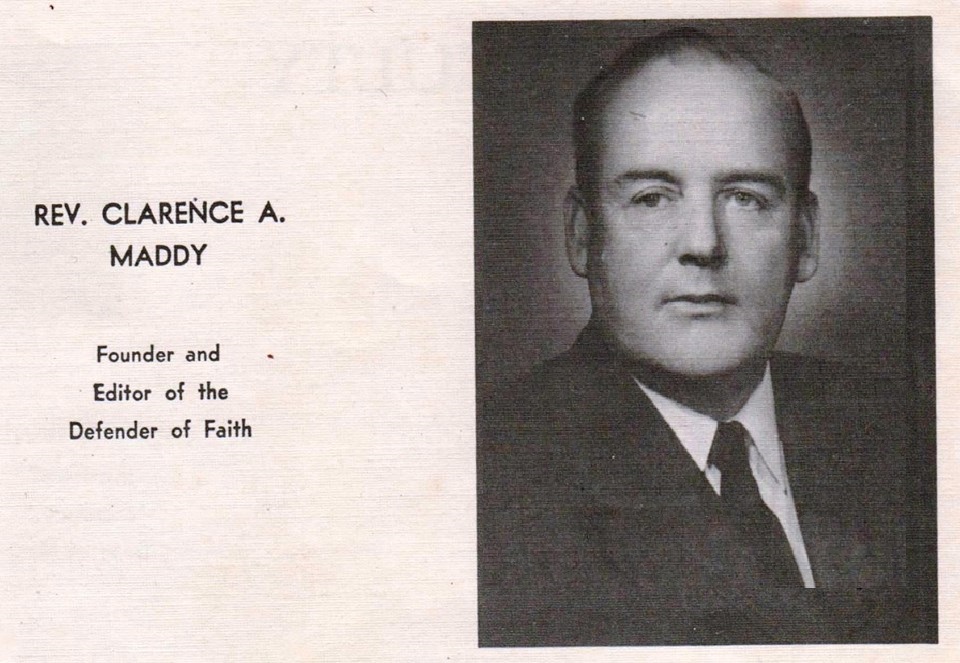 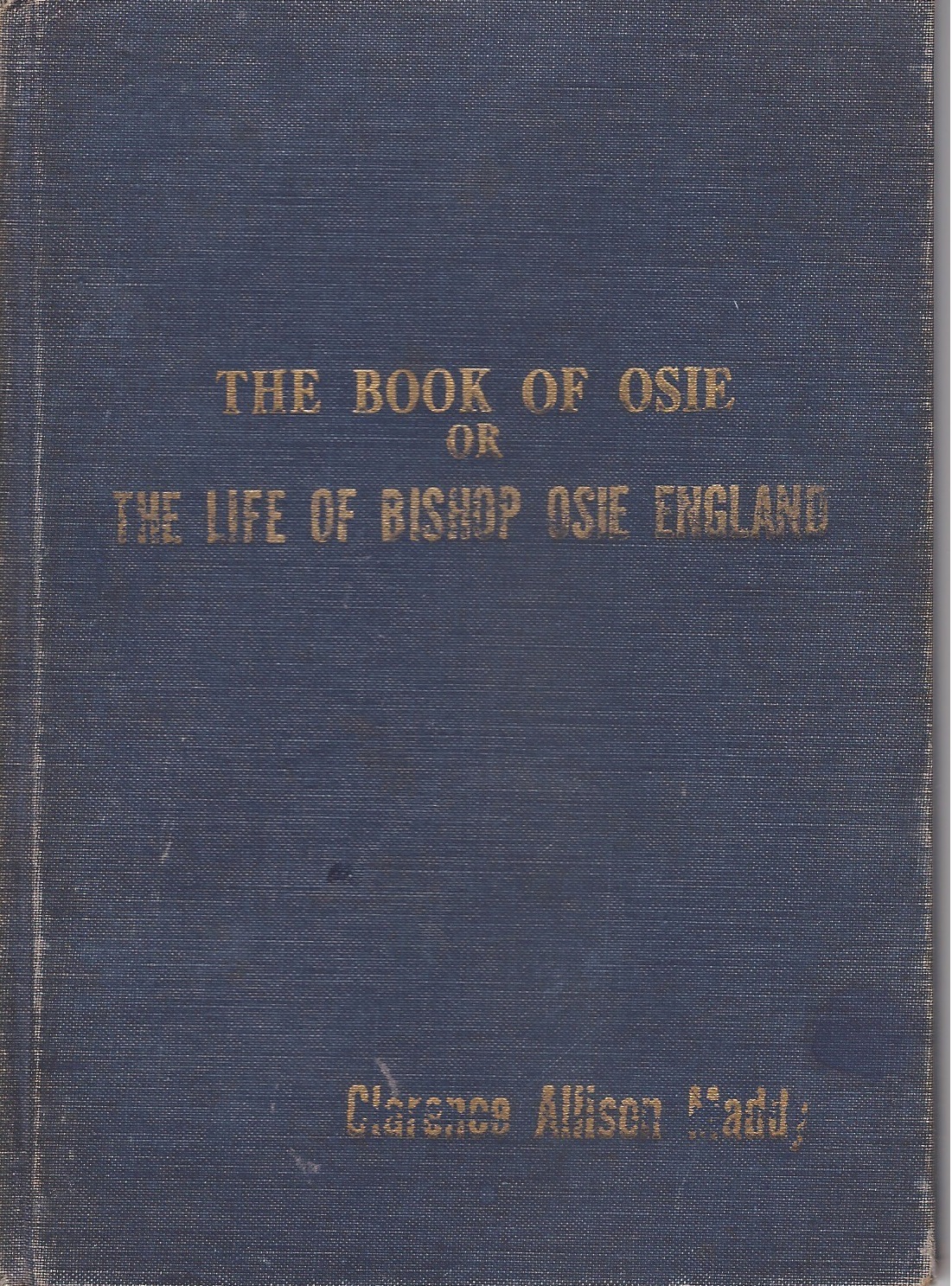 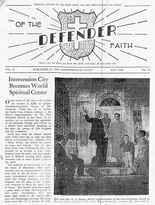 Defender of the Faith magazine
May 1948C. A. Maddy, Editor.

The cover photo is of the new I.C.
Administrator who didn't stay long at all. ​​​​​ 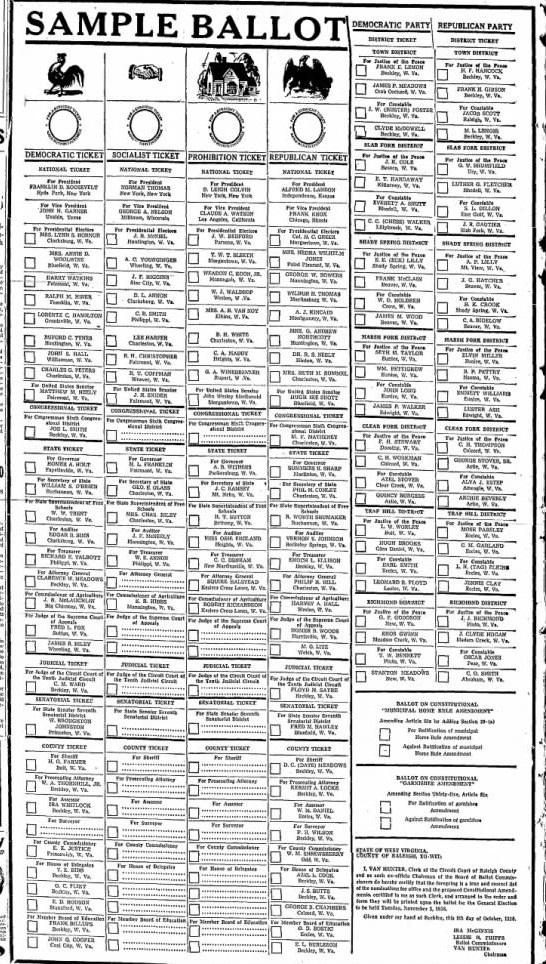 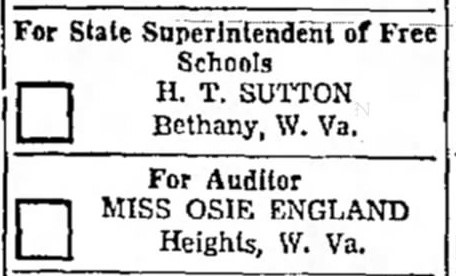 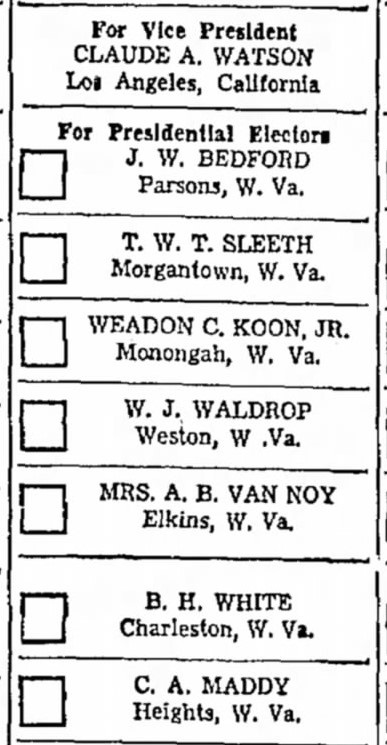 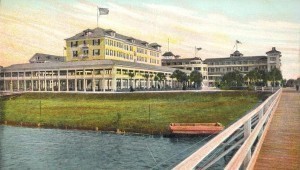 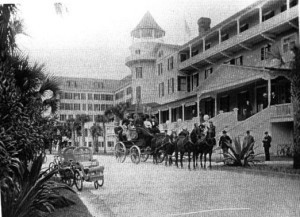 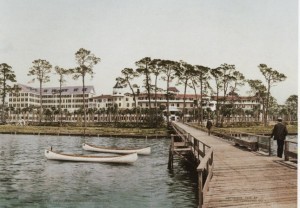 1936 Prohibition Party Platform Preamble
​After three and a half years of Republican administration, and three and a half years of Democratic administration since the depression, we find our gravest problems unsolved, the morals of the people greatly undermined and the national morals broken down to an incredible extent.  It is plain that the crass materialism of our dominant parties; their abandonment of moral precepts; their flouting of the majesty of the law; their double dealing; their supreme self interest must be replaced by a return to the early American principles of dependence upon Almighty God as the so​​urce of all just government and to a following of the principles of the Prince of Peace.  The conclusion is inevitable that the prosperity and progress of the nation can come only through the spiritual and moral regeneration of the people manifested in government.
​​Prohibition  We denounce the bipartisan conspiracy by which the Eighteenth Amendment was removed from the Constitution and the nation reopened to the exploitation of the people by a legalized liquor traffic.  Respect for this great moral provision of our Constitution had been weakened by the maladministration to which it was subjected by the two old parties. Both parties are organically incapable of effective enforcement by reason of the two-sided `wet-dry' character of each party and their dominmant leadership.  Eighty years' history of non-partisan prohibition in three great prohibition waves has demonstrated that the great obstacles to the maintenance and effectiveness of prohibition has been the lack of a united party behind it.  We seek to unite the opponents of the liquor traffic and then marshal all the powers of government for the complete suppression of that traffic.  We present a sane, liberal and comprehensive program on the great problems of our time.
World Peace  We pledge ourselves to use every possible means to promote world peace and the settlement of international misunderstandings by arbitration.
​Taxes  Must be reduced. Unnecessary governmental functions must be curtailed and the multitude of political jobs abolished. Taxes should be levied in accordance with ability to pay.  Assessments should be uniform and without favor. There should be no tax exemptions.
​Crime  We seek to diminish crime, first by suppressing the traffic in alcoholics and other narcotics, which pervert the brains of the people; second, by bringing about a re-alignment of politics which shall unite the anti-crime voters and overcome the alliance of the underworld with the political machines; third, by effective enforcement of the law, and fourth, by the reform and modernization of antiquated and outmoded system of judicial procedure.
​Old Age Pensions  Our party was the first party to declare for old age pensions. We acknowledge the responsibility of government to adequately care for those handicapped by advanced age or other disabilities.
Unemployment  We must continue to accept responsibility for taking care of the unemployed until such time as industry is able to re-employ them.
​Distribution  We seek a better distribution of economic goods so that the increased consumption of the products of factory and farm may produce complete employment of labor without interruption.
​Currency  The privately owned Federal Reserve Banks should no longer have the special privilege of issuing the currency of the United States and of profiting financially thereby. Congress should resume the exercise of its constitutional right to coin money and fix the value thereof.  We favor a sound legal tender currency, issued directly by the United States government to the people, through the several States and subdivisions thereof, in exchange for an equal amount of legally issued bonds of such States and subdivisions, the funds thus obtained to be used partially for the construction of necessary public works, but chiefly in retiring present tax exempt bonds, as soon as the same shall become due and callable. To prevent undue expansion of bank credit based on such increased emission of currency, we favor a proportionate increase in the cash reserve requirements behind such credit. No further tax exempt securities whatever should be issued, and all those now outstanding whether Federal, State or local, should be retired and cancelled as soon as practicable.  Thus we would substitute for the present irredeemable paper money a sound currency redeemable dollar for dollar in good and valid bonds, the interest on which would furnish the Treasury most, if not all, the revenues needed for the ordinary expenses of government, economically administered. This would greatly lessen the burden of Federal taxation. Furthermore, because the holders of present tax exempt securities would have to seek some other way to earn an income from their capital, this would contribute in large measure to increased employment and business recovery.
​Movie Censorship  We stand for federal supervision of the creation of motion picture films at the source of production so that the public effect may be beneficial and uplifting.
​Gambling  We are opposed to the legalization of lotteries, gambling and all other forms of exploitation of the people.
​Constitution  We stand for loyalty to the principles of the Constitution and for the preservation of our system of government against the assaults of communism and of fascism, and the subversive influence exerted by the alliance of the old parties with predatory wealth, organized crime and the liquor power.  We invite the support of all patriotic Americans to help build a political party united in its loyalty to the best interests of the nation.
​Resolution  Adopted by the National Prohibition Convention. We appeal to the youth of the land with their idealism and enthusiasm to meet the challenge of the hour, and join with us in the solving of the great problems involving the preservation and integrity of American institutions.​​ 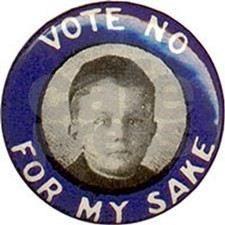 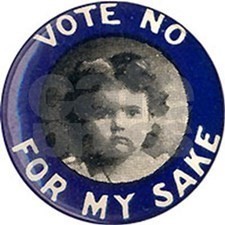 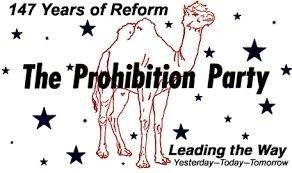 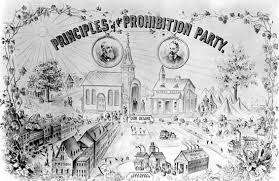 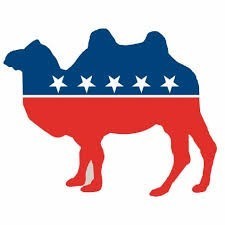 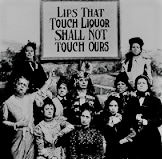 The Hotel Ormond was the skyline signature of Ormond Beach for more than 100 years. It was built in 1887 by John Anderson and Joseph Price and opened January 1, 1888. Two years later, Henry Flagler bought the hotel and made it into one of the best-known hotels in the world, a playground for the rich and famous of the time.Over the next 15 years, Flagler added three new wings, expanding the number of rooms from 75 to 400, added elevators and a saltwater swimming pool, and built a railroad bridge from the mainland to the doors of the hotel.  At the time, it was the largest wooden structure in the United States and included 11 miles of corridors and breezeways. The hotel was located on 80 acres stretching from the Halifax River to the Atlantic Ocean.

​One of the hotel’s most famous guests was Flagler’s partner in the Standard oil Company, John D. Rockefeller, who spent several winters in the hotel before buying The Casements across the street in 1918. Other prominent guests included The Prince of Wales, Will Rogers, Henry Ford, Harvey Firestone, Thomas Edison, President Warren Harding, Harriet Beecher Stowe, George and Babe Zaharias, John Phillip Sousa, the Astors and Vanderbilts, and Al Capone. In 1923, Ed Sullivan became the golf secretary after he lost his newspaper job in Miami.When John D. Rockefeller died in 1937, the period of elite patronage began a steady decline.  A succession of new owners took over.
​
In 1949, Robert Woodward bought the hotel from Flagler’s Florida East Coast Hotel Company.

​​In 1951,C.A. Maddy purchased the hotel to sell lifetime contracts to the elderly. Edgar Cook bought the hotel in 1955 at public auction when Maddy almost went bankrupt.

His partners, Thomas Cobb and Thomas Wetherell, became the new hotel owners in 1957 after converting it to a retirement hotel. From 1978 until 1986, there were three more owners, when the city of Ormond ordered the building be evacuated, believing it to be hazardous to residents. The final owner was Milton Pepper, who purchased it at auction in 1987. After numerous attempts to preserve the hotel, it was finally demolished in 1992. The Ormond Heritage Condominium now occupies the site.The only remaining part of the original hotel is its rooftop Cupola. After being rescued from demolition, it became the centerpiece of Fortunato Park, located at the northeast corner of the Granada bridge, across the street from the site of the hotel. It is open to the public on Saturdays and Sundays from 2-4 p.m., September through May. Click on Calendar & Events for visitor information about the Cupola.​​ 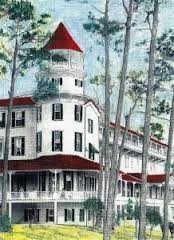 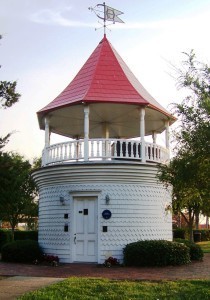 The Cupola, located in Fortunato Park at the northeast corner of the Granada Bridge, is the only remaining structure of the old Hotel Ormond. The hotel was located east of John Anderson Drive on Granada Boulevard from 1887 to 1992. The Ormond Heritage Condominium now occupies that site. The Cupola stood atop the hotel’s roof near the center of the sprawling structure. From this lofty perch, hotel guests could take in both ocean and river views.

When the Hotel Ormond was demolished in 1992, the Cupola was taken to a salvage yard on the mainland with the rest of the demolition debris. Long-time Historical Society members Parker and Jane Robinson led the preservation efforts to rescue the Cupola. After the successful campaign to preserve it, the structure was put on a flatbed truck and brought to its current location as the centerpiece of Fortunato Park. Photographs, memorabilia, and information about the history of the Hotel Ormond and the Cupola are on display on the first floor of the building. A large painting by local artist Betty Krausman shows a view of the Hotel Ormond from a photograph taken on its opening day in 1888.The weather vane at the peak of the roof was installed in 2006 in memory of Parker Robinson Jr.  It was designed by architect and Ormond Beach resident T.P. Plimpton and sculpted by local metal artist Larry Devall. Just outside the door to the Cupola is the brass historical marker that stood for many years outside the Hotel Ormond, designating the hotel as an historic landmark. It had also been rescued from the demolition debris. Stop by the Cupola for a glimpse of Ormond Beach’s past as a winter playground of the rich and famous.​​ 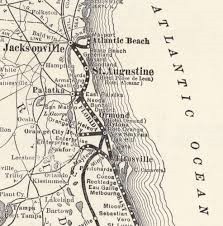 This is the ballroom of the Hotel Ormond. Mr. Maddy married Miss Ruth Dixon in this room in 1952 and died a year later from pneumonia. She was Principal of the school when Miss Osie labored at Intercession City and later when the school moved to Fellowship Front, Sanford.